You’ve probably seen them before: the buckeye leaf stickers on the side of Ohio State football players’ helmets. This is arguably the most famous example of award decals for football. Many football coaches have been using them for years at every level of football play, from pee wees to the largest universities. 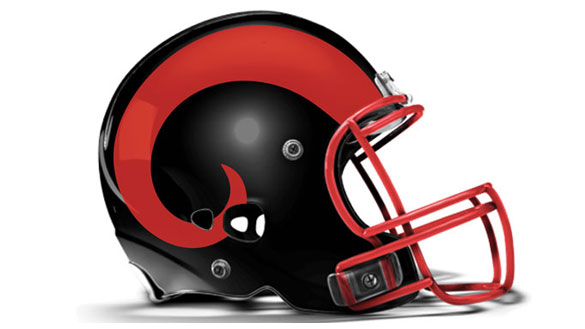 The idea of decorating a player for achievement is nothing new. Soldiers have been decorated with medals and ribbons since the beginning of history. Outstanding achievements by citizens of all walks of life have been recognized with award medals, plaques, commendations and keys to the city. It is recognition that someone has reached a goal, surpassed a limitation, and made a commitment to excellence - for all to see.

Some might think rugged, mature football players would be beyond getting little rewards that cost as little as a dime apiece. But many coaches have found incredible value with the motivation and pride players feel when the work towards – and receive - these “priceless” decals.

Award decals have displayed mascots, pirate skulls, paws, tomahawks, dog bones…even a bloody wolf’s fang! Each design can represent a different goal, achievement, or level of success. Award decals and stickers can be handed out for practice performance, scrimmage effort, and game accomplishments. Some coaches have even given awards for non-athletic and off-the-field activities such as cancer awareness and community involvement.

Award decals are proudly displayed on the helmets of players who have earned them – above and beyond the pride of their uniform and making the team. Some observers might shy away from such extroverted recognition — not everyone will deserve or receive awards, therefore some players are “singled out” as being better or worse than others. But isn’t that what competition is all about?