Men’s and Women’s Lacrosse: What Are the Differences?

Men’s and Women’s Lacrosse: What Are the Differences?

Men's and women's lacrosse is basically the same game, except for a few distinct differences. There are different styles of play and, in some cases, the gear may also be different, especially when it comes to size. Even though the differences may cause men and women to play somewhat differently, the ultimate goal is still to control the ball and score as many points as possible. 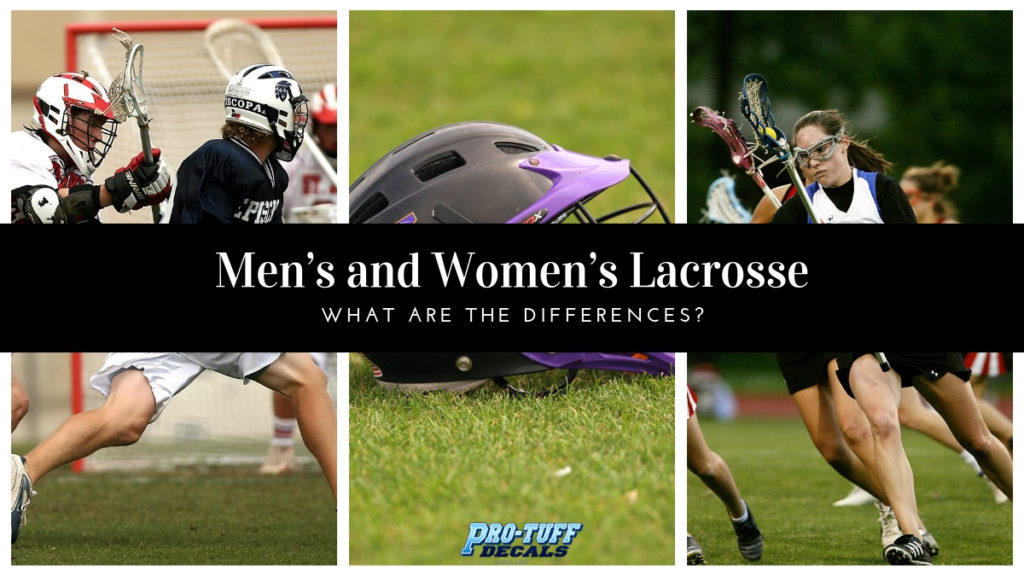 When it comes to checking, men are allowed to check while women are not. However, a legal check during a men's game may still result in one of the players being injured. This is why men wear more equipment than women. During a women's match, stick checks, as well as body checks, are against the rules and those who violate the rules are penalized. If you are unsure of what constitutes a check, always ask before the play starts.

For women lacrosse players, all of the sticks, except for those used by the goalie, are the same size. For men, the length of their stick will depend on what position they play. An offensive player will use a shorter stick while goalkeepers and defensive players will use much longer sticks. Another difference has to do with the mesh of both men's and women's sticks. Men's sticks are now made with a mesh netting, while women's sticks are still strung in a more traditional fashion.

Women's matches are played on a larger field than what men normally play on. A men's field is almost 30 yards shorter than the standard playing field for women. Another big difference is that a woman's roster contains 12 players, while a man's team only has 10. There is also a difference in how games begin when it comes to men and women. While women use a draw or toss the ball up between the two centers, men have a face-off in which one player from each side tries to gain control of the ball from a crouched stance.

Lacrosse is a game of great intensity and strategy. Make sure to always follow the rules of fair gameplay and above all, have fun!

Whether you play on a men's team or a women's team, you want to have the best lacrosse accessories possible. This includes any stickers or lacrosse decals that may be placed on your helmets. Be proud of your team and use the highest quality equipment or decals whenever possible.